Why the revolution is so similar

The first revolution was visible ‘water vapor’. And then intangible, invisible gases, via photosynthesis, are also the vapors of water to form clouds. This is what the current industrial revolution advocates. The production of gas, the constant circulation, so that human beings on the earth, the continuation of life.

It is realistic for humans to fly in the sky with cloud.

In all the myths, none of the gods came by plane, and the plane went. It's a human consensus, i.e. God doesn't need wings, also can fly.

When the first plane was born, it imitated the flight pattern of birds. Humans can perfectly imitate the model of the gods to create a new industrial revolution. 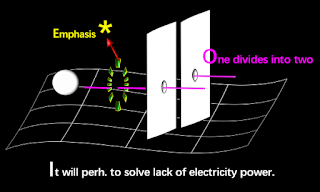 The separation of clouds not only improves climate change, but also reduces the waste of resources. The contemporary of resource waste is how much now, human's mind all should get an estimate. Why not borrow environment-friendly and harmless water coagulants (cloud) to achieve the dream of thousands of years of humanity?

Flying is only one-sided, and a series of subsequent industrial innovations will come to its industrial revolution. Some of the columns here refer to only a small part of the ‘Blue-Ocean’.

And the Internet also spread "UFO" and others alien information. Assuming that there are really aliens, humans will have to face sooner or later, with clouds to send people to heaven, is a good choice, and to help humans quick escape.

It can not only face the so-called aliens for mankind in the future, but also can improve human cognition. Mankind lives too long time in innocence, should wake up.  Don't let a small group of 'Godlike Equipment’ is the unsuspecting destruction of mankind's hard-won civilization.

Think carefully and think about the necessity of industrial revolution.

In the decades since my experienced the 'Godlike Equipment’ , their devices have not changed much, and the only change is the process of social digitization, the devices changing visibility, and nothing else.

Of course, the current society does not pay attention to the existence of 'Godlike Equipment’, lies in the various government personnel, perhaps also under the control of the 'Godlike Equipment’ . I think it's very possible because in nearly 30 years, every war and anti-human-event all have their shadows.

If you are interested, you can browse my Chinese blog. Is it the same as the current one? What do you think?

Below is view link:

I know you have many people, who can understand Chinese.

Human innocence (Youthful Folly) should be opened up, even if some countries learn that China's one-party can rapidly improve the economy, but the neglect of an important condition, 'Godlike Equipment’ whether let you learn China's one-party, also is a question mark.

This is the 'Godlike Equipment’ to humanity on an expensive lesson, blinding (Youthful Folly) the human course. If the score is 5, the human race has reached 4, and only one minute is enough to get the full score.

Is it ridiculous, lamentable, or sad?

In the fourth ‘Youthful Folly’ of 《I-Ching》has a word, I don't  (go and ) seek youthful and inexperienced, …..